For real estate, Lethbridge is divided up into 3 areas. North, West, and South Lethbridge neighborhoods.

South is the most popular and the most expensive. Most of the downtown is in the South, and so is the hospital. The more expensive newer developments are in the South, near the newly made big box stores like Costco, and Superstore. The south is generally 5-10% more expensive than similar homes in the West or North. Coulee Creek, Fairmont, Tudor Estates, Park Royal, London Road, Prairie Arbor, Sixmile, Southbrook, nd Sandstone are areas in South Lethbridge. Lethbridge College is located in the South.

The North side of town has the least expensive homes in Lethbridge, starting in the low 100’s. But these homes are about 100 years old (on beautiful tree-lined streets). There are also many high-end homes in the Uplands area. There are a few newer areas in the outskirts of the North called Uplands, BlackWolf and Legacy Ridge. The industrial area is in North Lethbridge.

The Westside was built after the establishment of the University of Lethbridge , so there are very few homes on the West side more than 45 years old.  All of the older homes are closer to the University. It is popular with University students, and people who work at the University. There are many parks, walking paths, schools, and churches on the west side. Some people do not like the west side because of the lack of amenities (not too much shopping or dining), and because you have to drive up the West Side hill to get to the West Side.  However, that has changed a lot with the addition of the Crossings shopping area. Areas in West Lethbridge include Riverstone, Heritage, Ridgewood, Copperwood, Mountain Heights, University Heights, Indian Battle Heights, West Highlands, Canyon Crest, Paradise Canyon, Country Meadows, Garry Station, The Crossings and Sunridge.

What area of Lethbridge you prefer to live in will depend on many things.  The type of house you want to buy, your budget, the amenities that you are looking for, what Lethbridge School you think is right for your children, and where you work, or where you will work if you are relocating to Lethbridge.

HOMES FOR SALE BY AREA (LETHBRIDGE AND AREA).

OTHER (communities near Lethbridge):
Coaldale
Coalhurst 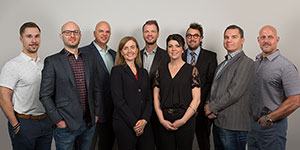 "Jennifer did a wonderful job of pricing, marketing, and negotiating a final sale price on our condo in West Lethbridge. She put together a mini-staging... continued"
- Pricing, Marketing, and Negotiating
View All